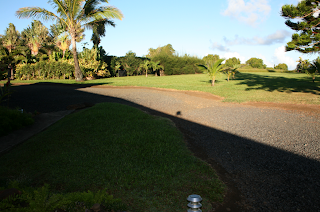 This morning as I was opening the blinds I noticed an odd shadow moving in the driveway. I thought it was Kekoa's shadow with the sun rising behind him. I went to the front door to say hello... what? Nothing there... but wait the shadow is still moving. Did I need coffee? Yes and no... but let's move on. It was Kekoa's shadow alright. He was on the roof. Every week we can be sure he will find some new way to amuse himself and this week it must roof roosting. 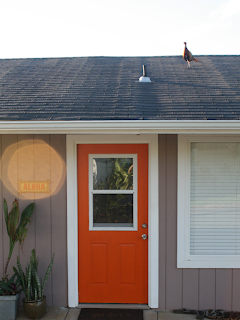 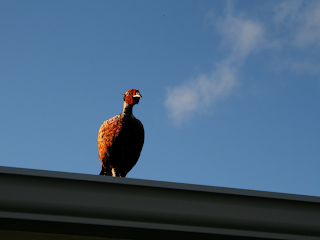 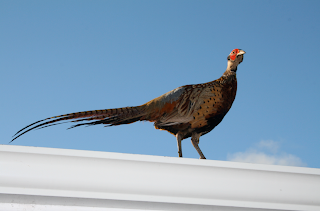 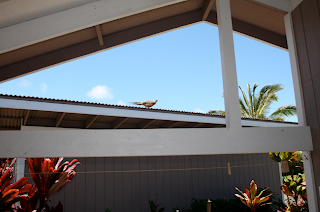 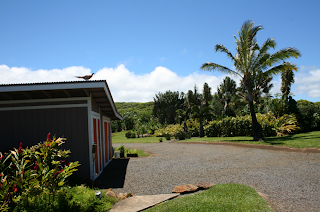 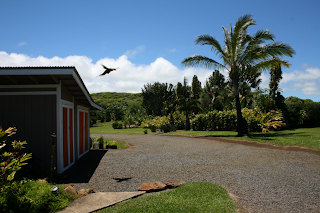 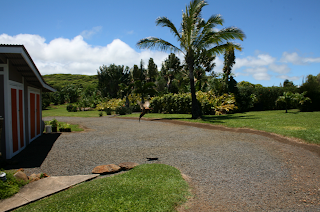 Also included here are images from a few days ago when I looked up and to my surprise I saw him on the shed. 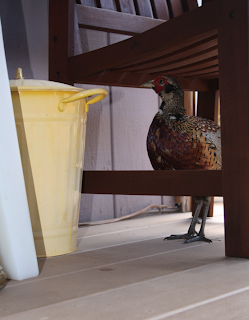 Also there is a can of game bird feed that we have on the lanai from when we had him in the coop. He has not shown any interest in that in weeks... and now all of a sudden demands it by going over to the can and tapping it.... or should I say rattling it. He literally grabs the top handle and TRIES to lift it.
What next? Picking our locks?

What an entertaining pet :)

That's quite the majestic little baby pheasant you have there!!!
Can you bring him along with you when you come to visit??? he can share Stephen's room!

I'm The King Of The Rooooooofst!