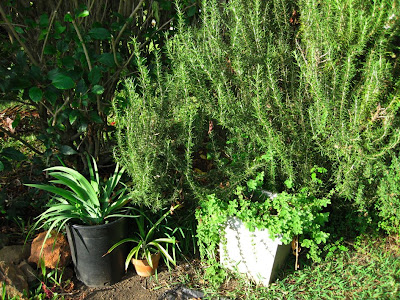 This isn't anything new. In fact this group is quite old. Some day that blackberry lily on the left WILL bloom. When, is anybody's guess. I heard they usually bloom the second year but we're going on 2.5 years. To the right of that there is a small potted pineapple. Then some pineapple mint and the giant rosemary. 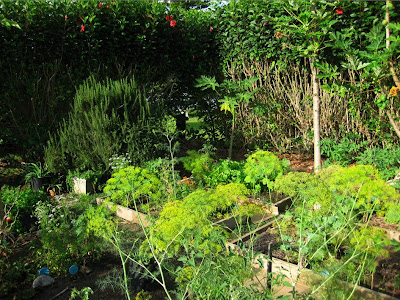 This pic shows the hacked up hibiscus hedge. It was starting to grow into the garden to i had to cut it back. I've since chopped off the top greenery. I went a little lower than the last time I trimmed them around January 1st. Conn usually frowns when he sees how much I cut them back but in another 6 months I'll be trimming it back again. It still amazes me how quickly nature recovers here. 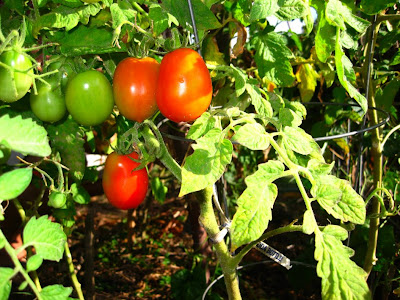 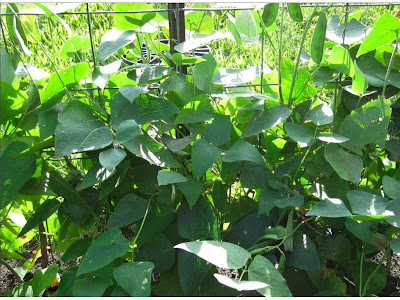 Lima beans. Never grew them before. They proved hardy though i need to plant twice as many to get a worthwhile yield. Now waiting to see of the plants gives us a second crop. 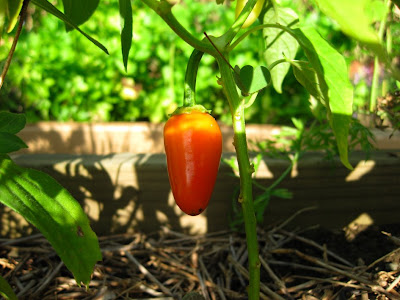 This is a lethal pepper that sneakily found it's way into the garden. Lesson in proper seed packet marking. We're not into hot spicy things so this will remain pretty to look at. 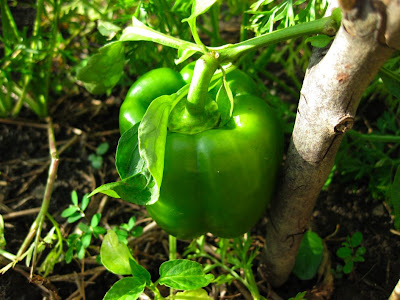 Yay bell pepper! I leave them for as long as possible so they can turn red but they usually start to show signs of age before then. So they make they're way into a sausage and pasta dish, or vegetable fritatta. 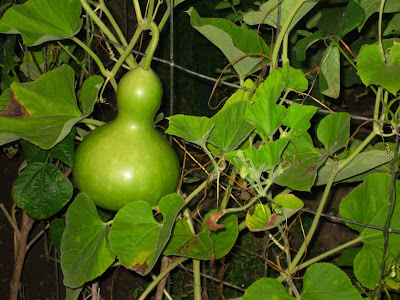 Bottleneck gourd. These have proven difficult to grow. Gangbusters the first year, but since then hardly any yield. I have to be vigilant with the organic pesticides on this for it survive. 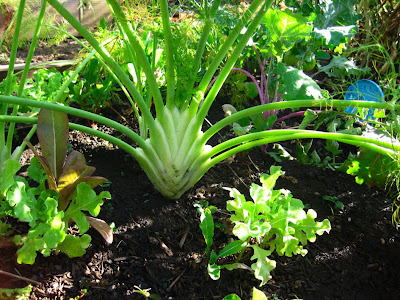 Fennel. Rough start with the seedlings on these. Now what to do with them?? Suggestions welcome. 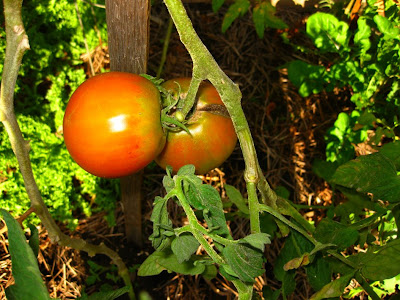 More tomatoes. Tough to say whether these are Better Boys or Beefsteaks. One thing's for sure, they were delicious.
shared by John at 8:45 PM

Fennel is one of those things that I really love when it's cooked, but i'm not crazy about it raw. You can chop it up, roast it alone, and then sprinkle it with some freshly grated parmesan. You can also roast it with carrots, potatoes, and onions - just tossed with some olive oil, salt, and pepper. They caramelize beautifully.
I also LOVE this recipe for potato fennel gratin and make it probably once per month:
http://www.foodnetwork.com/recipes/ina-garten/potato-fennel-gratin-recipe/index.html

Thanks James! You just saved me a bunch of research. That gratin recipe is for sure going to be on the menu soon!

Try this with the Fennell.
Blanch and then cut in half lengthways. Brush with olive oil and sprinkle sea salt and put cut side down on the grill. Grill until tender and dip in a garlic aoli and you have a nice little snack.

your garden bounty looks yummy! haven't experimented with fennel yet but the contessa also has a recipe for a tomato fennel salad.

my cuz is a gourd expert: http://nakaniohula.blogspot.com/ - i don't think she does it anymore, but she used to grow gourds i believe. i'm sure if you have any questions she'd be happy to help! she was a produce farmer (as was her dad) up in kula:)

fennel. . . the only thing we've used it in was something called a Cassoulet. a dish we tried in france and wanted to recreate here:) we used this recipe:

There are more complicated recipes online...but we enjoyed the simplicity of this one, and it tasted really good!

oh - and we had your tomatoes in a pasta salad, regular salad, alone (bean:-) - yes, red only) and your lemons in our glasses upon glasses of ice water. the guava unfortunately went bad before we got to it:(

wow, we have such foodie followers here at cfc. mahalo for all the suggestions!! that cassoulet sounds nice and easy, as does the grilled variety and the fennel with toms. most of the ingredients for these recipes are what's growing in the garden now. dare i say it... i love it when a plan comes together.