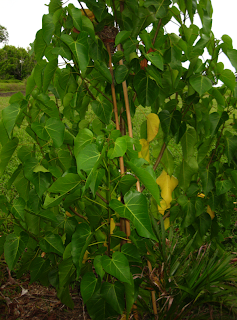 As I mentioned in the last post, the nest was starting to slip and was at a precarious 45 degree angle the other day. The winds have picked back up and it was pretty unstable. I also think that as the babies grow, their weight is also affecting the shift of the nest. I really did not want to interfere, BUT, I did. I put several bamboo poles on 2 sides of the nest to shift it to a more level position and secured it with a few Ti leaves rather than string or wire. I think it will hold out but will keep checking a 2 times a day. 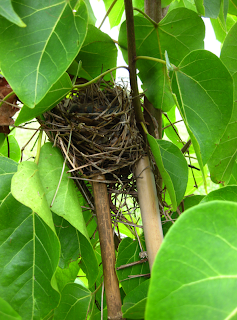 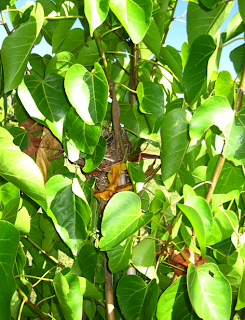 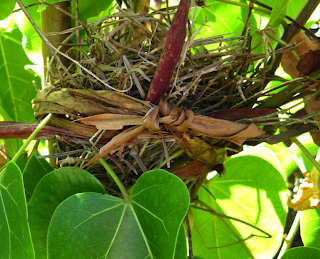 The baby cardinals are growing up really fast. I did some more research on them HERE and found out some amazing facts. It's quite interesting.
For example... Did you know...?

1. Cardinal chicks need to be fed often. The parents bring food about four times an hour. This helps the chicks grow quickly.

2. By the time they are 10 days old, the cardinal chicks are ready to fly from the nest. Today they are 8 days old.

3. Fleas, lice, mites, and ticks suck blood from the birds which could cause them to die. BUT, a cardinal knows how to fight back. It picks up several ants with its beak. It rubs its feathers with the angry ants, which squirt acid. 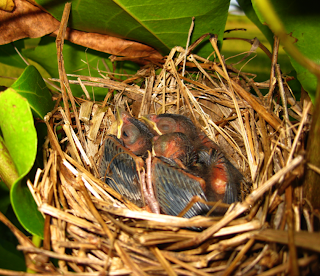 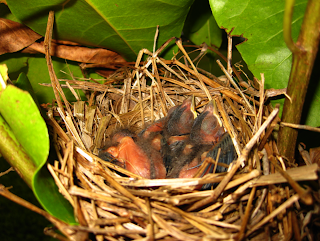 This was them on Saturday. 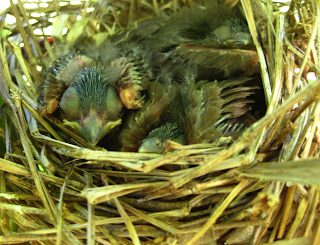 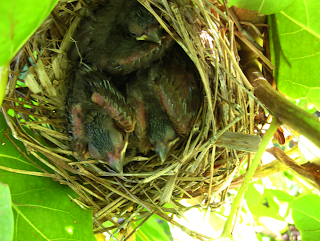 And here they are today, just2 days later. I remember when we raised Kekoa...
it was crazy how fast the feathers came in.
shared by Conn at 8:48 AM