This week things really started to shape up. The new office structure is coming together... but we still have a long way to go. This week the builder got most of the siding on, the windows and doors arrived and were all installed the same day and the stairs were installed (with temporary treads). The Trex Composite Decking arrived. We will be replacing the entire lanai with the Trex as well as using it as the stair treads. The treads will be added AFTER the entire structure is painted.

The Trex was actually our second choice. We wanted Veranda which is only sold at Home Depot - (the You Can Do it - WE WON'T HELP Store) - but they took 5 weeks to tell us the price and when they could deliver it. Then we were told we needed to wait for a special SKU # from the Oahu store which was pushing us into week 7. Then another 6-8 weeks just to get it... if and when we could actually order it. 7 WEEKS? Just for info? It was a comedy or errors. Home Desperate was also 3 weeks late in delivering the windows. So we went to LOWES because we knew they stocked the exact color we wanted. I called the day before going in and found out they had the amount we needed. I walked in the next day, paid for it and was on my way in 15 minutes. All was delivered exactly as we were told Friday morning. It was a FAR more pleasant experience. 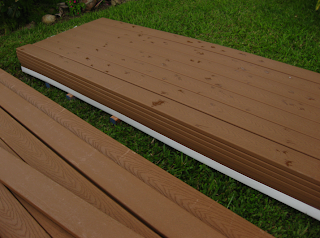 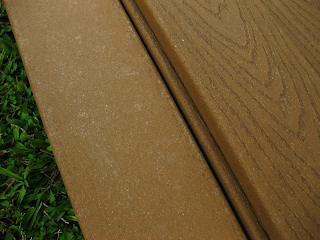 The decking is not as red as it looks here, it's more brown. It is also reversible and we plan on using the smooth side. Something about a fake woodgrain on fake wood the is not right. Don't get us wrong, WE LOVE FAKE WOODGRAIN... FAUX BOIS if you will, but not on fake wood. 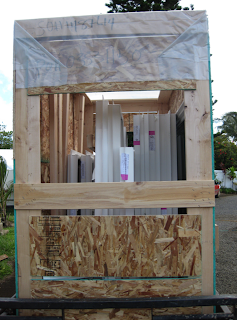 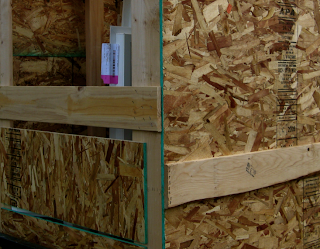 The wood that was on this crate is so beautiful. Just some pressed particle board, but it was so smooth. The turquoise edge also added to it's appeal, and we could see ourselves giving it a good coating of polyurethane using this in the office as bookshelves. 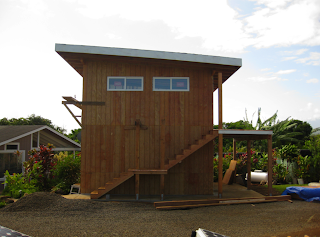 The West wall. It looks a bit drab until the railing and exterior lighting go in. We are also thinking of some sort of "island-themed artwork" on this wall inspired by this Ladybug on the home of artist CHARLEY HARPER. We shall see. 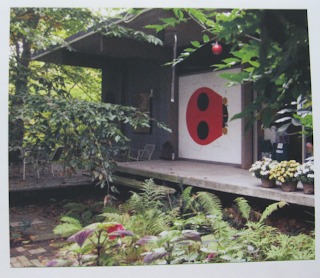 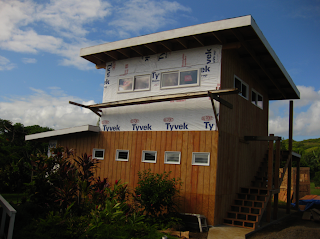 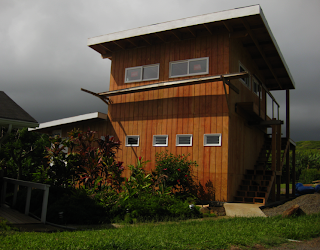 The North wall in 2 stages. What a difference some siding makes. 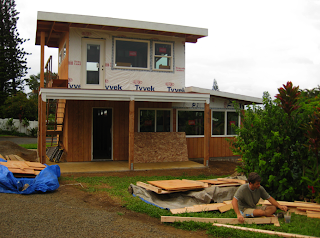 The South wall and John dismantling the window crate. 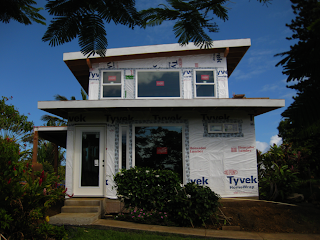 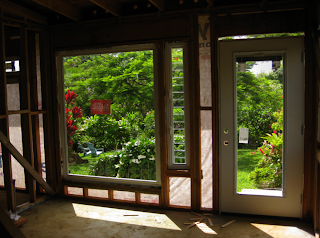 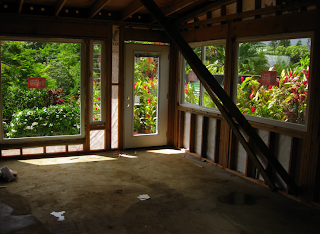 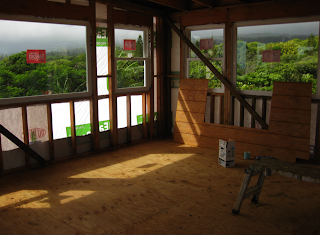 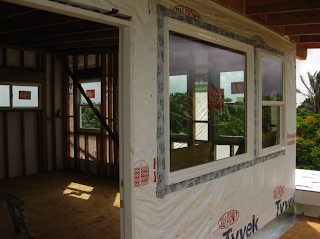 And a few interior shots.
shared by Conn at 9:05 AM

Awesome! What views! It's just beautiful. Love the outside and think it will look great with some island themed artwork. You guys are my heroes. Would you like to come build me a house? :)I'm a good baker. I'll make you doughnuts!!

Mahalo Diane... the views on clear days are even better! Doughnuts!!!!
Sold!!!! but we did not actually build this... we have people! haha.
we will however be doing all of the finish work.

stay tuned for those.

hmmm . . .the particle board shelves might look good with some book-stack "legs" ;-)

aloha deb,
john keeps saying he can't believe we did it. haha. we spent time in there yesterday testing the breezes since it was a light wind day. they filled the room will cool air.

the particle board is amazing and we love how it looks rich, but is so utilitarian. it would help make i not look so slick, but yet at the same time modern.

we joked about having an orchid painted on the wall.. and calling the office "the orchid". haha.

Oh my! I can't get over the views out the windows! This studio has really turned out to be a much bigger version than I imagined! Kudos to you both for diy! I swear you two are my heros!
miss you,
—mary