We finished this project a few weeks ago and are just now getting around to posting. These are a few ... ok a lot of pics showing the process of building the box that houses the batteries. We originally wanted to store them in the same room as the inverter and water pump, but found out that was not a good idea. The batteries omit a gas that could cause a fire or explosion from a spark from the inverter… sooooo we opted to build them their own external box. 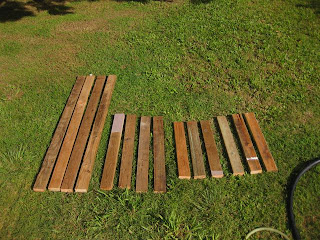 Start with scraps of wood. 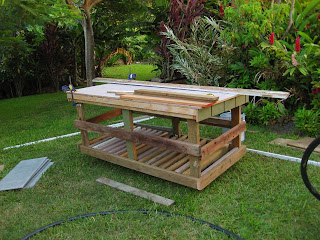 Build the frame. We left the bottom open so that any acid or water that leaks from the batteries has somewhere to go. 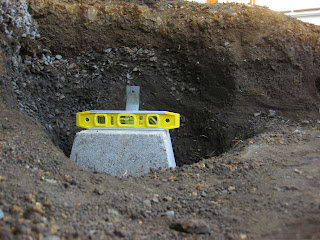 Next, dig out a spot for the box to be semi-buried. Then dig holes for the concrete blocks that the box will rest on. 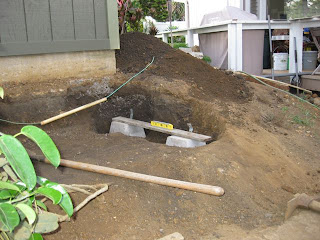 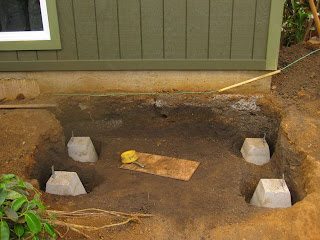 After the first block is level, place in remaining blocks and make sure they are on at the same level, side to side and front to back. 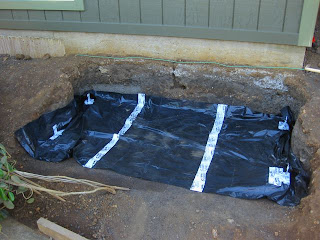 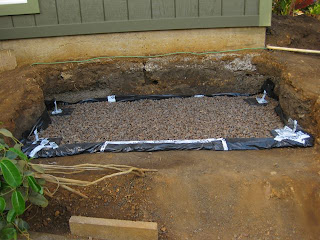 Then we lined the bottom with heavy plastic and a layer of gravel. This was done to catch any acid or water that overflows from the batteries, as we did not want it seeping into the ground. This way it will land on the plastic then evaporate. 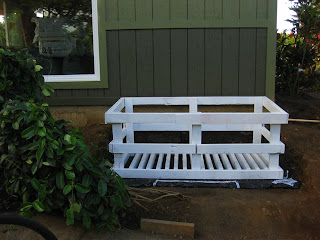 Once the frame was assembled and primed, we set it in place to make sure everything was going according to plan. So far so good. We then started attaching the siding. The bottom part that would have dirt resting against had cement board applied to it. three air vents were added to the back a well as one on each end. The back side pictured above. 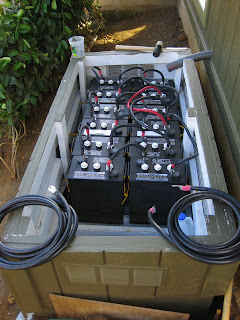 With the batteries in place and enough room for 4 more batteries at a later date, it's time to attach the lid and call it a day. 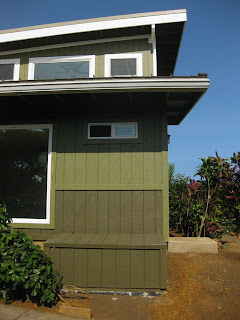 The only thing left to do is fill in around the box and do a bit of landscaping.

Stay tuned for more VERY SOON. We Promise.
shared by Conn at 8:58 AM

Looks like a super nice seating / meditation bench or a fantastic spot for outdoor knick-knacks, no?

You guys are so good. and smart! :) I'm getting lots of ideas for my own outbuilding office (someday).

Oh Parnell, we forgot to mention that's where you'll be sleeping during the day.

Kapuanani... thanks. It's fun to have the option to build as you go and just kinda wing it.

love how it just disappears into the wall!

well deb, you know it took an extra day to make that work PERFECTLY, but so worth it.. The electrician asked if we could move it a bit to the left and i said NO WAY!