We had a small area on the south side of the new office that we wanted to plant something in that would not get too tall or busy... and preferably LOW MAINTENANCE. So we chose succulents. I began by building a small retaining wall out of rocks from the excavation. Then I placed the potted succulents in the enclosed space to get an idea for how and where I wanted them planted. It was looking rather flat and horribly boring, so I started piling up small rocks, covering those with dirt and placing some of the succulents atop the mounds. PERFECT!

The final touch was cover the dirt with a combo of black and red cinders which I had planned of simply mixing together. Not really the look I was going for so I decided the low parts would be the red cinders, which were larger and the higher parts would be the smaller black cinders. The effect and final outcome was not at all what I had in mind. It was BETTER! It just all happened so naturally. We love how the black cinders look as if they were pushed up through cracks in the red cinders. 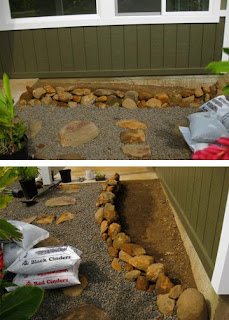 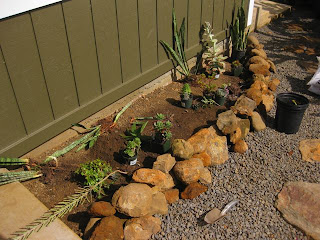 Place plants in for spacing and layout. 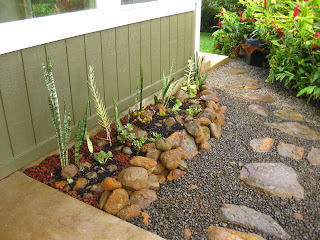 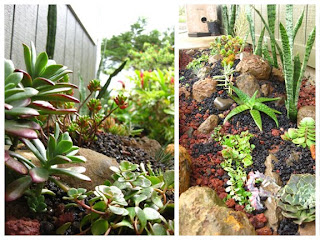 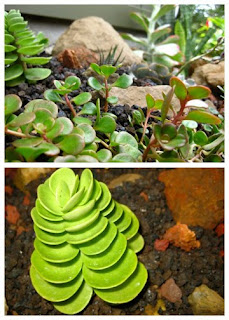 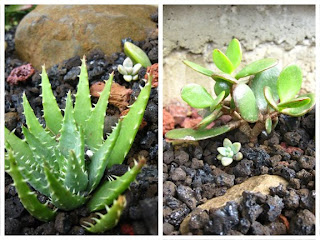 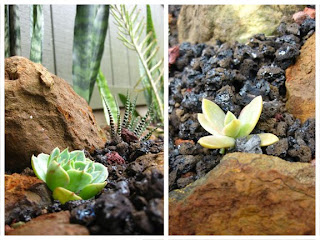 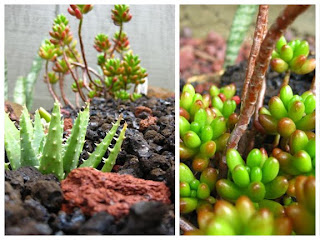 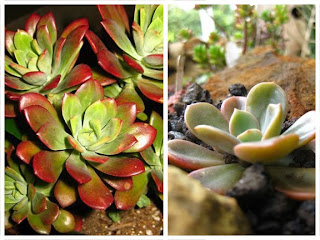 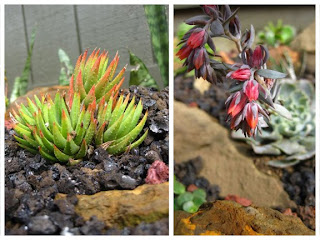 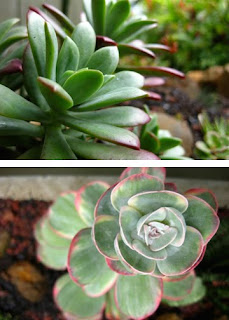 beautiful! tim curry had a wonderful succulent garden at his california home. unfortunately, i could only find this picture online, which does not do it justice:

wow. that puts mine to shame. that's more like a succulent park. flea from red hot chili peppers also has a great garden which featured a lot of succulents. i'd love a bigger area for one...

just lovely. each little plant is cuter than the next:)

thanks deb. can't wait for you to come back and see it all. wikiwiki!