The day finally arrived. Monday, November 7th. The day that has been hyped for the last week. Monster surf and giant swells were being predicted as high as 30+ feet here on Maui's North Shore and up to 50+ on Oahu. I guess the last time they were this big was around 1969.

We were eager to see what the hub bub was all about. Calls and e-mails were being exchanged with friends... who was going, at what time, and where to get the best viewing.

We set out just after 9:00Am and were in for a wild ride. You could feel the buzz and energy in the air as we hoofed it a mile down through pineapple fields that were being harvested and dotted with school buses used to the transport the workers. 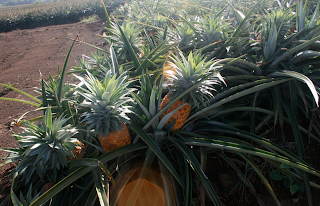 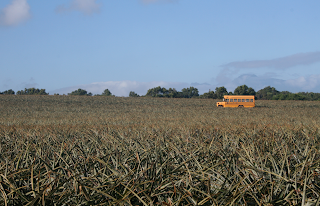 We had a front row seat on the cliffs at JAWS here on Maui's North Shore to some of the best names in surfing. Then we left and headed to town and encountered bumper to bumper traffic heading into Paia. Baldwin, Paia and Ho'okipa Beaches were all closed and rubber neckers were out in full force. WHAT? It was like a snow day or as John said, trying to get a good spot to watch the fireworks on the East River in NY.

I have seen some big waves in my day, but nothing like this... as witnessed by some of my exclamations on a video clip or two.

It's really hard to explain the size of the waves, without having actually been there in person. Just imagine if the surfer you see was 5 or 6 people high... that would make most of these waves 25-35 feet... about as big as a 2 story home.

Some of these shots and vids are so zoomed in because I took our little Canon and put the camera lens right up on the lens of the binoculars (the ones with the dark ring around them).

Anyway, here are a few shots and vids from today. We are pretty sure some of these had 30-40 foot faces on them and even bigger are scheduled for later tonight and tomorrow. I believe it, because we can hear waves crashing in the bay behind us... loud crashing... not the gentle sound of surf we normally hear. I hope I can make it back out to witness some more of natures SWELL and entertaining beauty Tuesday.

(please make sure to click on each photo to see the full size version. They are cray-yay-zee.) 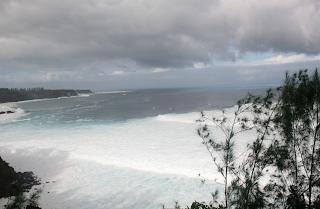 Our first look at JAWS.
Helicopters, boats, jet-ski's and surfers. 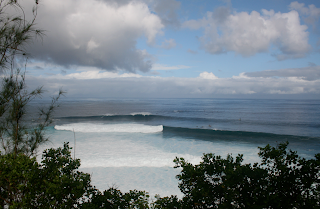 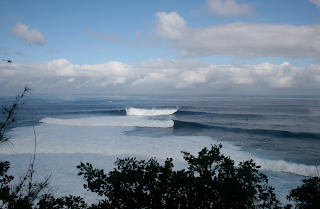 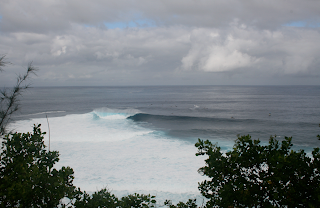 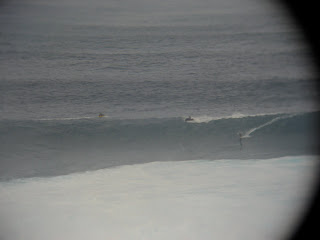 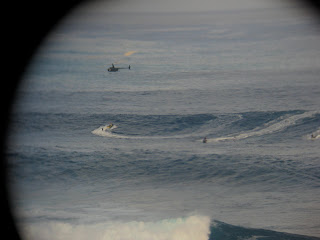 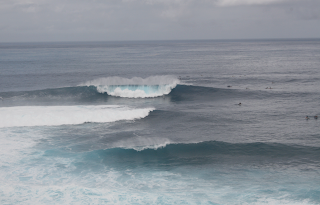 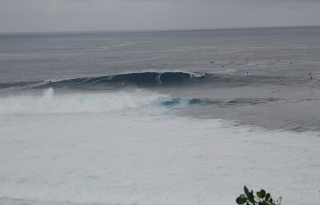 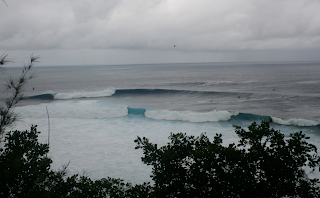 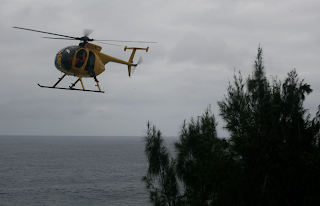 This helicopter flew by filming the crowd and really pumped everyone up.
These next 5 images are of two surfers catching and ripping two different sides of a wave.
I love the spray coming off the top, and the way the surfer on the right side carved a trail trough the tube. 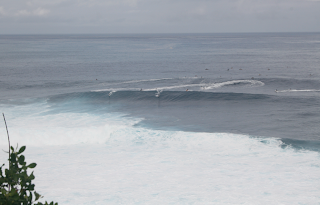 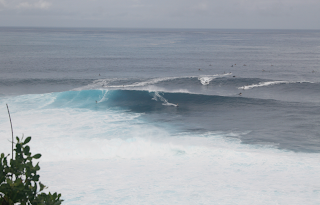 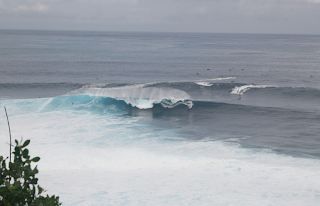 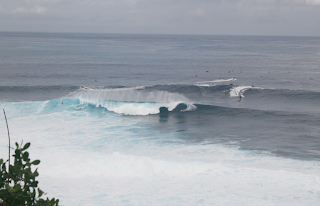 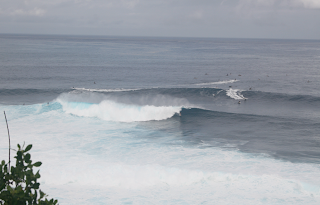 this vid will have to do for now. the others were taking forever to upload. Maybe tomorrow.
shared by Conn at 7:14 PM

Luv it!
I feel the rush!

To see big waves on 'your islands' has been on my Things To Do list forever. This eyewitness account by our CFC buddies, with accompanying photos and the vid (especially) - is as close as I may ever come to seeing it myself.

Biggest mahalo for posting. Your efforts are much appreciated.

I LOVE that shot of the school bus driving through the pineapple fields. Field trip? Bus driver taking a break? Rented for a tour?

bev: so glad you liked them. we are still talking about the day. it was stunning.

deb: the bus is what all the pineapple pickers arrive and leave in.
it was so cute just sitting there. i thought of you and your mom while walking down through the fields. xoc