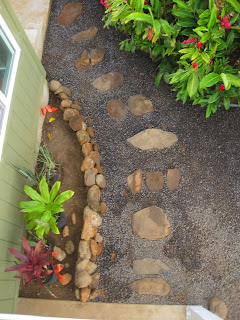 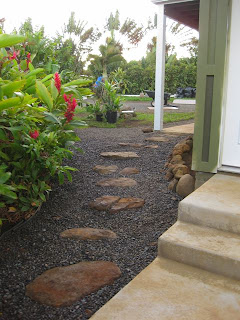 (the little retaining wall there is the home of the new succulent garden. stay tuned for that project tomorrow.)

A few weeks ago, OK… back in October, we started cleaning up and landscaping around the new office. Today's post is about the gravel and stone walkway around the lanai and stairs.

We first started by digging a 6" deep by 10" wide trench around the perimeter of the concrete to act as a drain. We filled that with small pea gravel rather than dirt so the water would flow quicker. It was then diverted down and around the plants by the water tanks and into the back yard. after letting the hose run in it for 30 minutes i was happy that I could see it was doing it's job. The next step was to place the large stepping stones that lead from the back yard around to the front of the office lanai. We then filled in the entire area with gravel... keeping it low maintenance.Now that the final touches are being done inside and out, we can see a tiny light at the end of the walkway. So glad the dirt piles are gone. 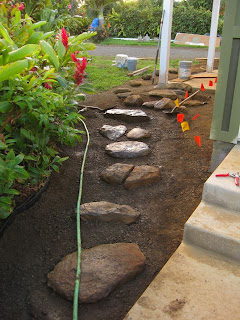 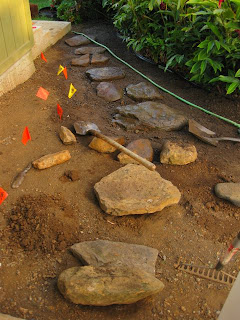 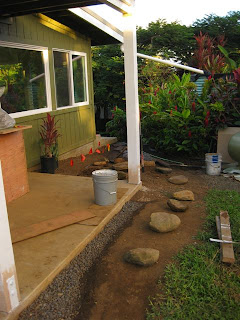 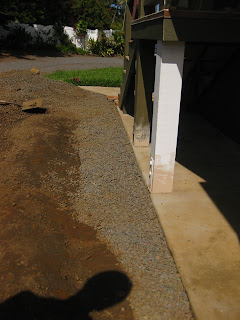 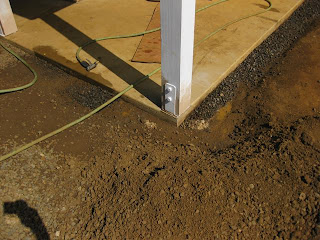 The beginning of the trench around the lanai and stairs. 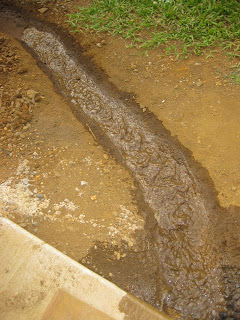 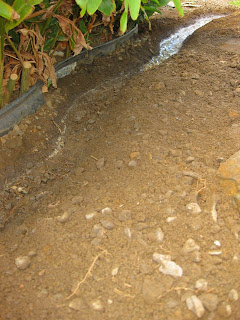 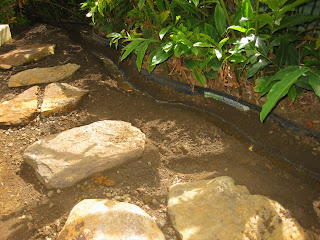 Running of the water to check flow of the trench.
shared by Conn at 11:59 PM

oooh, pretty! i can't wait for the garden.

mahalo... i forgot to mention there was LOTS of hosing this area down...
1. cleaning the stepping stones.
2. washing the gravel that was previously in a dirt pile.
3. packing the dirt and helping the gravel to settle in.