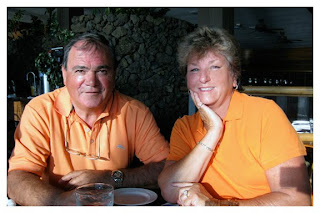 Last Wednesday Mom and Nick arrived for a month long visit with my sister and nephew arriving tomorrow for a week and a half. Grandma was supposed to come with them all, but a small health issue kept her home this trip. She's doing well, but we're sad she's not here to see the whales. Trying to see if MAYBE we get her back with Mom and Nick in the summer sometime.

Yesterday we headed over to their hotel in Lahaina for a MUCH needed get away. We lounged by the pool watching HUMPBACK WHALES and SPINNER DOLPHINS treat us to a spectacular show. Most were out a bit too far to even try to photograph. We headed over to
WHALER'S VILLAGE for dinner at LEILANI'S right on the beach.

As the sun began to set they raised the sun shades as the wait staff walked through the restaurant announcing the sunset. On cue, a mother and baby whale started their tail slapping performance the minute the shades finished raising. The mother would slap her tail then baby would follow. One of the waitresses said that they usually do this right after the baby had fed. I could not manage to get a good shot of the baby because it was turned sideways. Here you can see mama giving a whale of a tail slap lesson. Mind you, there were many whales in the distance doing the same thing, but this pair just happened to be a few hundred feet from shore. As soon as they had finished, another whale started to fin flap to the right. A few minutes later it shot into the air and I got my first shot of a whale breaching. A "swell time" was had by all. 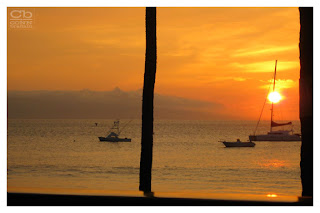 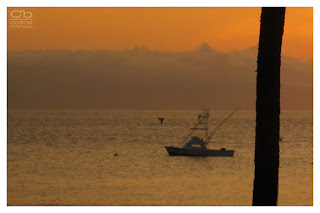 Mother whale tail slapping. The bay was just behind the boat.
The railing at the bottom of the image will give you an idea of just how close it was.
(detail) 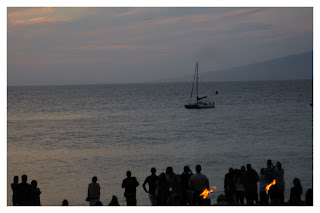 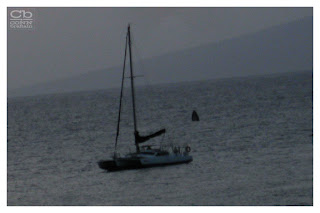 Whale doing a "spy hop". This is when they just pop their heads out of the water to have a look around. It's really not all that far from shore.
(detail) 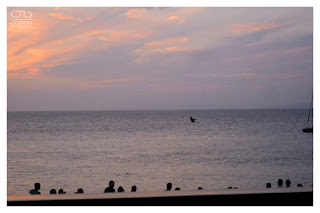 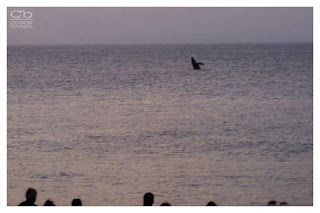 I could not tell if this was an adult or a baby. It appeared to be alone, so I am assuming it was a young male. Notice just how close it was to shore. You can judge the distance from the peoples heads at the bottom of the image.
(detail) 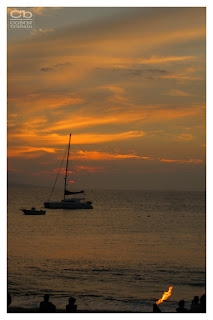 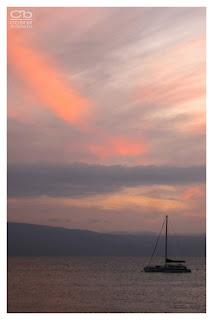 The quintessential "sunset sailboat" shots. How could you resist taking these shots. The bottom one is so seventies.
shared by Conn at 3:17 PM

I feel compelled to write a 70's style poem in the manner of Blue Mountain Arts!

The sky is just outrageously beautiful in these shots.