HE'S GOT IT COVERED

More covers from the magazine archive. Here we have some of my favorite things, collage, typography, and christmas, all directed by the very talented Henry Wolf.

In an essay by Milton Glaser for AIGA, Glaser describes his first impressions of Wolf, "When I first met Henry Wolf in the fifties, he seemed to be the most sophisticated person I had ever known. He owned a Jaguar, was always in the company of beautiful women and was already clearly the best editorial designer in the world."

And here's a good article by Steven Heller about Wolf called Remembering: HENRY WOLF, 1925-2005 wherein Heller describes Wolf as "outspoken on the state of magazines in general, and quick to note that good content was neutralized when editorial material and design were not in sync."

I especially like the simplicity of his work. But in the simplicity is a lot of meaning, richness, and, in most cases, very clever graphic solutions. 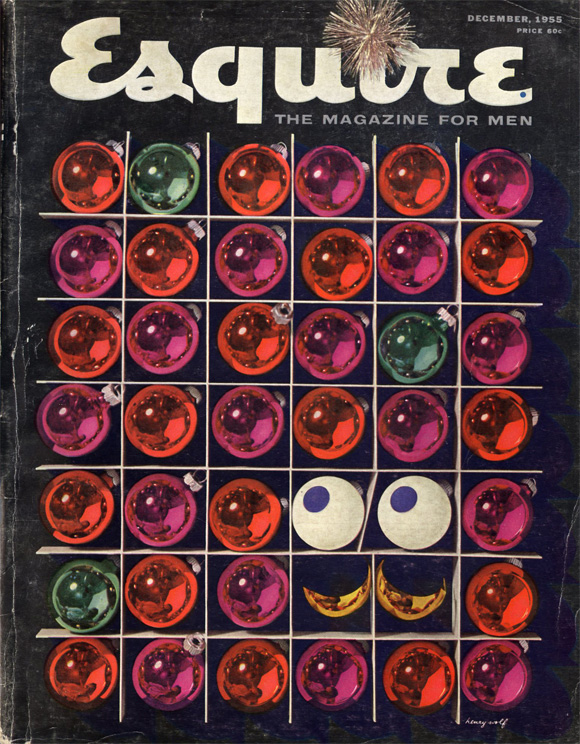 This December cover of Esquire from 1955 has the magazine's mascot "Esky" integrated into the grid of ornaments. This was a conceit that Wolf himself had started and tried to do in all his Esquire covers. If you look close, you can see the reflection of a man in in the ornaments, especially the gold ones. My guess is it's the photographer Dan Wynn. 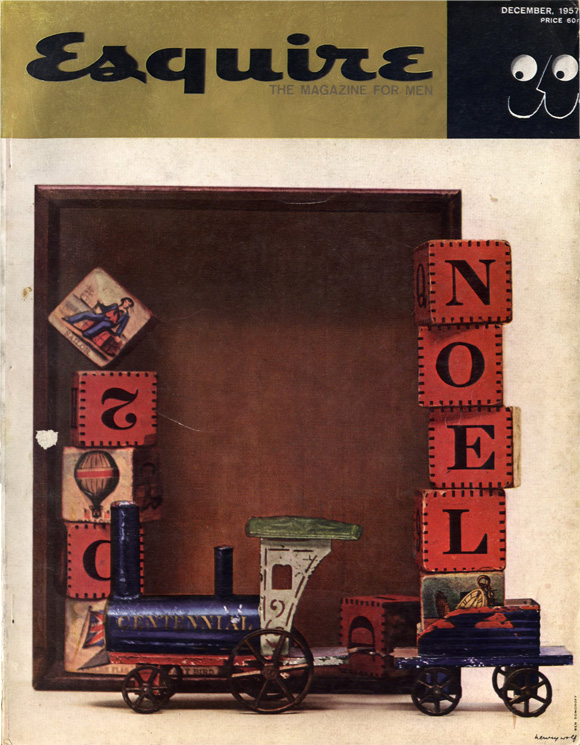 Another December cover of Esquire. This one featuring antique toys. Photo by Ben Somoroff. 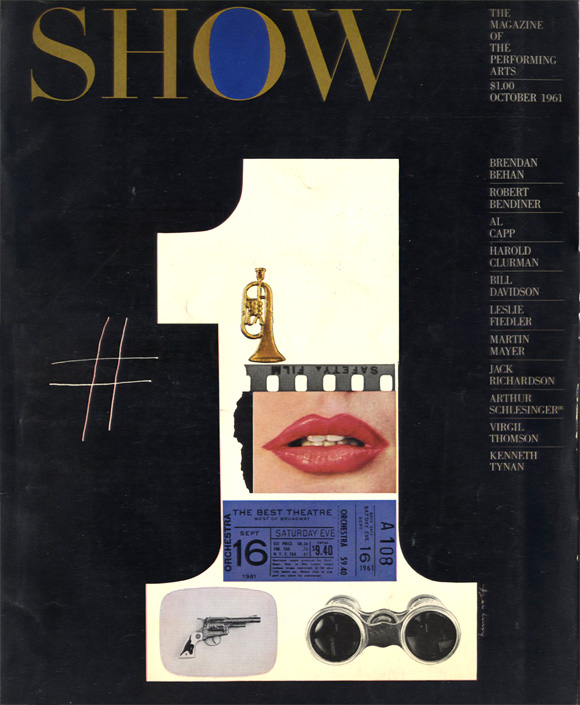 After reinventing Esquire in the mid-fifties and Harper's Bazaar in from 1958-1961, Wolf had the chance to totally invent the look and influence the direction of the modern and progressive arts magazine called Show in the 60s. This is his very first cover for that publication. 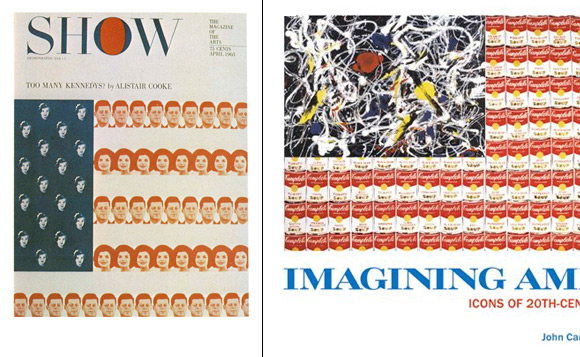 In my research, I found another cover that he did for Show from April 1963 that reminded me of the cover I designed for Imagining America.

I love your Imagining America cover. That's my favorite, O Talented One> :)