Well, mom and grandma made it in Thursday night and we have actually ventured out a few times already. Saturday we stopped by the SWAP MEET then headed over to the Pali to try and catch a glimpse of a whale or two. It was a rather hazy day which makes it a bit difficult to spot them in the distance. But as luck would have it there were a few pods near the shore.

Trying to capture a full breach is like trying to find a needle in a haystack at times... but I kept my eye on one whale that was giving a few tail slaps when all of a sudden it shot out of the water like a rocket. The parking lot faces right out towards the ocean so grandma didn't even have to get out of the car. Armed with binoculars she got to see her very first whale breach... her very first whale for that matter. We are actually heading out on a whale watch in the next week or two. Yes.. we are getting grandma on a boat. 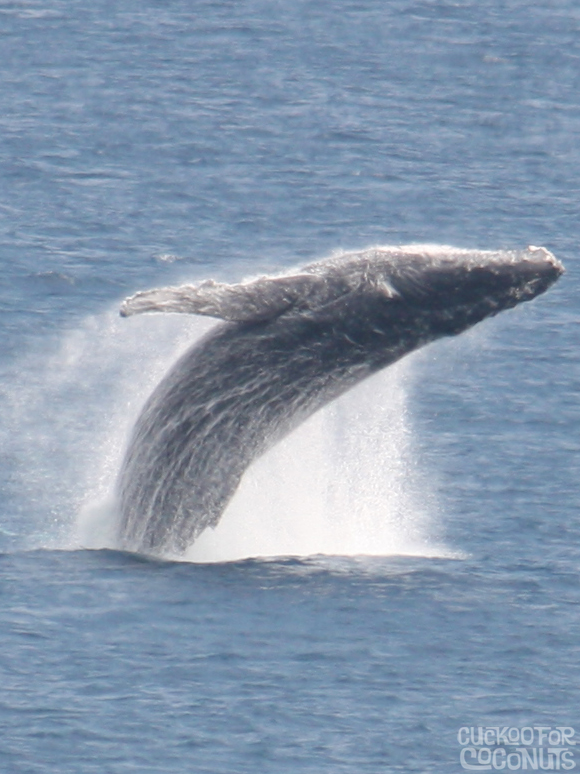 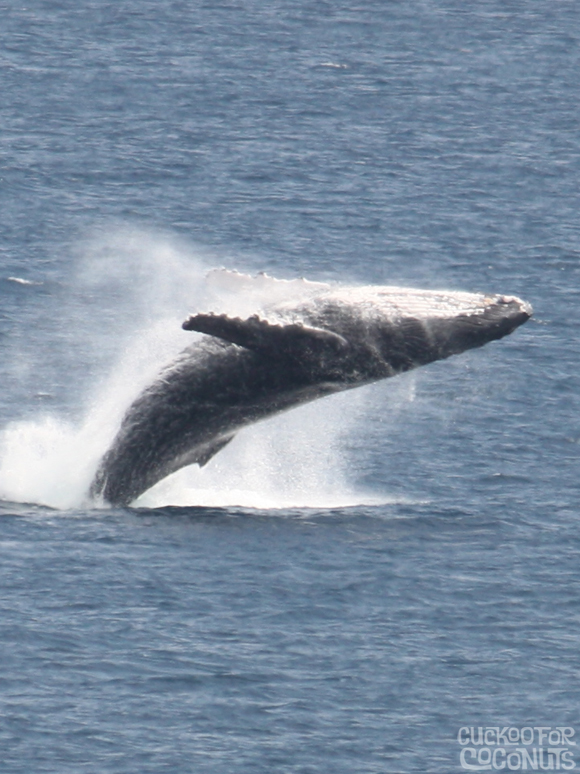 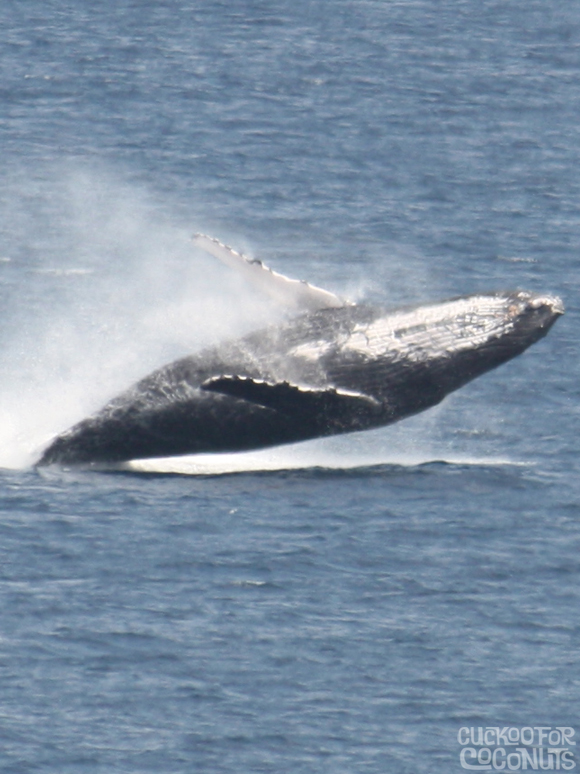 Learn more about Whale Behavior here.
shared by Conn at 9:51 AM

Those pictures are stunning!!