ALOHA! Long time no post. Well it's been quite the year here at CFC Headquarters and I hope to have a larger Cuckoo Revue up in the coming weeks.

For now and for those of you that do not yet know, we adopted a puppy in October. 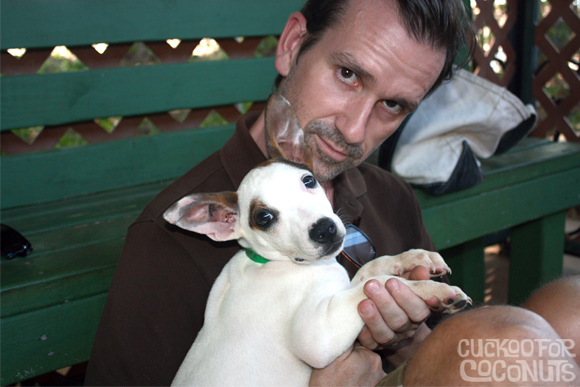 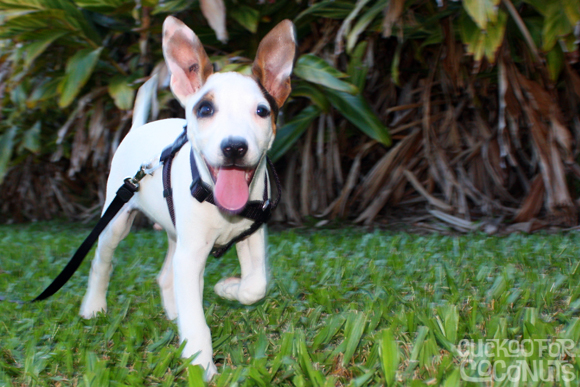 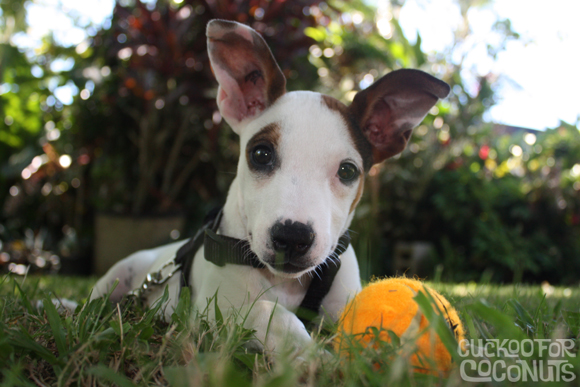 I have been itching for a puppy for awhile now but as they say, timing is everything. The Maui Humane Society had gotten in a few batches of puppies just in time for my birthday and I could not resist.

I forced John to come meet me there one Thursday and we spent several hours "interviewing" all the pups. We narrowed it down to Blake and his Sister Kiana, but we could only get one. So we came home and slept on it, went back on friday and spent another 3 hours visiting with both. I said the first one that kissed us would win the chance to come home with us. So blake won. We also left them alone for about 20 minutes each to see who was a whiner. Blake again won, hands down without making a peep, while Kiana was a bit too loud on her own.  We needed one we knew we could leave alone and not be one of those dogs the neighbors had to put up with howling, whining and barking while home alone.

He's been super easy to train. The minute we took him out of the car at home we put him down on his leash and harness and he took the leash in his mouth and trotted off like he had been doing it forever. He was potty trained within 2 weeks and has an arsenal of tricks like sit, down, kiss, high-five and shake (which we call paw because shake sounds too much like Blake).

He is super playful and well behaved. And he sleeps a lot... as evidenced by these photo's. 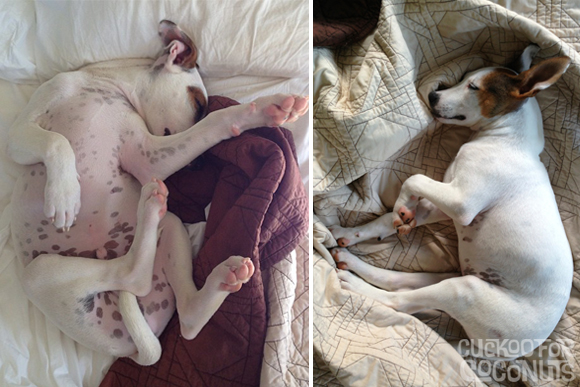 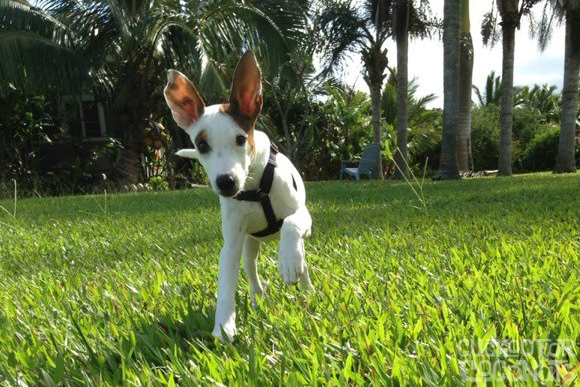 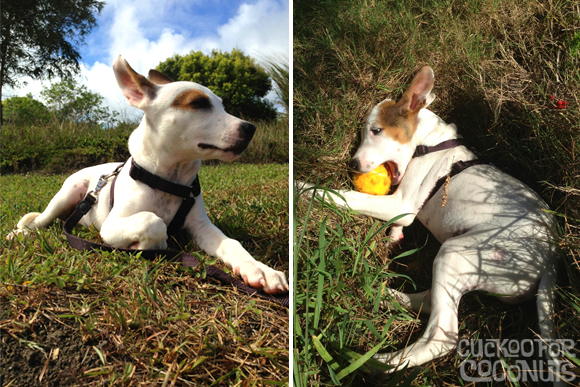 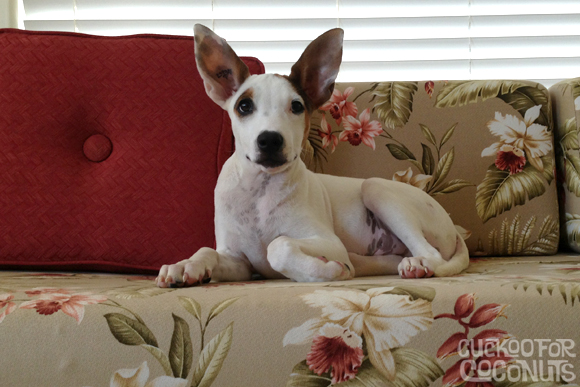 Click HERE to read a post on another blog - The Maui StyleList -  I am writing for Maui No Ka 'Oi Magazine. It talks about the "Wings of Aloha" program at the Maui Humane Society.